Confused by all the different versions of the Hilbert Sine Wave out there? The answer turns out to be simple …

How many versions of the Hilbert Sine Wave are there?

John Ehlers, the developer of the Hilbert Sine Wave, has created 4 different versions of this indicator and there are another 2 possible variations:

I assessed all 6 versions on 2 criteria. First comparing support and resistance level signals generated by the Hilbert Sine Wave algorithm visually on a 233 tick chart of the Emini. Each version was given a visual score, relative to the original weighted moving average version (score zero).

The results of all the systems were then added together. Don’t expect great results for these systems – it is taking EVERY trade with no filtering – but it does allow us to compare between different versions of the Hilbert Sine Wave.

Which version of the Hilbert Sine Wave is best?

The results of these tests are summarized above. Bottom line: The original code using a weighted moving average was best overall.

Wow, with all the hard work gone into improved versions – the original still works best!

Now, am I going to change from the Jurik moving average version I use day-to-day? Probably not, the pull-back to end-of-trend (or 5th wave) signals are very important for my in my Emini day trading and I think the JMA version in superior in this regard. But the analysis was enlightening.

The visual score charts are shown below with my annotations.

I hope this article was useful to those traders who use the Hilbert Sine Wave. 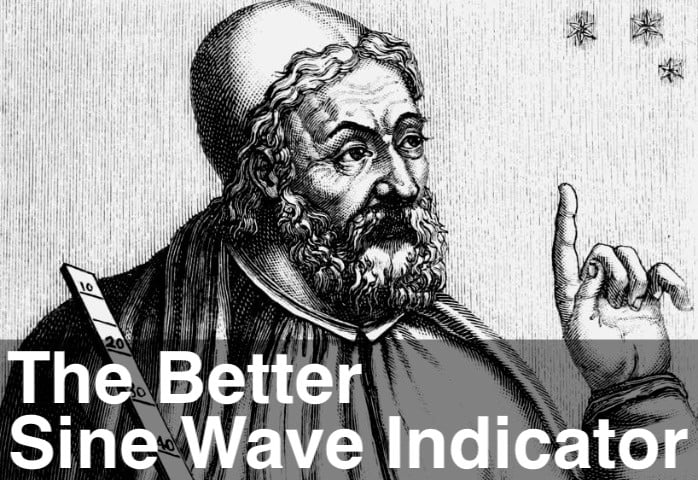