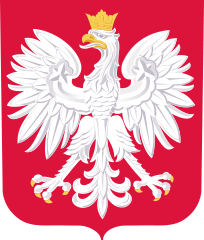 Sad news for the Polish people this week. Part of their pensions have been confiscated to pay off Polish Government debt.

So why should you care what happens in Poland? Because it’s another bloody canary in the coal mine. Just like the Cyprus bail-In, MF Global, Greece, the crackdown on tax havens, etc. What we thought was impossible a couple of years ago, is becoming reality in countries on the periphery. How long before it becomes reality in countries in the middle?

“Poland’s government this week announced plans to transfer 121 billion zlotys ($36.99 billion) in bonds held by private pension funds to the state and subsequently cancel them.” (Reuters)

What’s sad is, again, the people who have done the right thing are having their money stolen:

Emini-Watch has always been about one thing: the next 30 years are going to be nothing like the last 30 years. Don’t assume the old investment rules will work going forward. We’re through the looking glass. We’ve reached peak debt. First world Sovereign Debt Defaults are coming – or the politicians will just take the public’s money until the public says “enough is enough”.

We’re off to France

And talking of the slow collapse of Socialism, we’re off to France next week. Lots of personal admin taken care of this week and so no trading or Emini-Watch videos. Sorry.

The malaise was just starting to set in when we left France last December. It’ll be interesting to see what has changed. Euro-zone PMI is up and so I’m sure everything will be hunky dory.