I’m a speculator and I’m proud. But it turns out, not everyone likes speculators. I had no idea, until an intimate dinner party on one fateful Friday night.

And the Emini-Watch followers respond

Well, that got the Emini-Watch followers riled up! I received over 50 emails with comments. Wow – biggest response ever to an Emini-Watch anything. Not unsurprisingly the comments were overwhelmingly “trading is good”. Only 2 nay-sayers.

Here’s a small sample of the responses:

“Trading is NOT gambling. Gambling implies some sort of reckless, irresponsible, ‘let’s-see-what-happens’ behaviour. In fact, trading is the opposite of gambling because trading is a highly disciplined activity that requires strategy and (most importantly) an EDGE. Without an edge, a strategy to employ that edge, and strict discipline to work the strategy, you will fail. So in fact, trading bears very little resemblance to gambling and any trader who gambles will lose, period.” Mike

“Trading is gambling. Everything is gambling. When you get out of bed in the morning to go out and make a living, you immediately increase your chance of getting killed. Farmers gamble with the weather. Apple gambles on a new electronic product’s acceptance. Hollywood gambles on every movie it makes. The only reason you think gambling is bad is that the people at the top use that meme to keep you in your place.” Mike T.

“I work in a casino in Vegas and I can tell you that trading is NOT gambling! Gambling is essentially taking on risk while leaving things to chance. If you have an edge, then in the long run you are going to win, even though you might lose in the short term. The casinos are risking money by offering blackjack, slots and others, but since the odds are in their favor they come out ahead. They consider it a profitable business, much like trading can be and is for many people.” Aaron B.

“In socialist Norway, I gain more from saying I am an investor rather than a trader, or god forbid a speculator. People generally treat me better.” Karl L.

“Years ago when I managed our family farm, same family 175 years in central Illinois, I learned about commodity markets. I was grateful for the corn and soybean markets that allowed me to sell what we produced at the time of year and price level that was my choice, not someone else’s choice. Sometimes I sold before harvest, sometimes after. The liquid markets for corn and beans allowed me to take responsibility for this important aspect of being a producer.

Without speculators creating liquidity my only option would have been Archer’s Daniels Midland, at harvest time. And we’d have been allowed to make just enough to plant the next years crop and pay our taxes – just enough to squeeze a living from the land. Because of broad speculation in corn and soybeans ADM’s influence was mitigated and more profit was available to us farmers.

To me the zero sum game aspect of trading says ‘balance’ – which is something good. This fractal nature of this constant re-balancing is a beautiful thing. The only thing that messes it up is the kind of thinking that advocates for things like public funded bailouts of private entities, and pseudo private entities like Fannie Mae and Freddie Mac.” Jeff W.

“If somebody has problem with (trading) they can kiss my capitalist ass. Thank for your contributions to the trading community.” John N.

“People think playing games with real estate is fine. Buying and selling art is fine. Buying diamonds from a monopoly is fine. But shares and bonds and all the financial products are the domain of the rascals. We’re merrily heading in the wrong direction, so better enjoy the ride.” Erico T.

“Is trading ‘immoral’? It’s kind of like two cage fighters, both are willing combatants!” Rohan P.

The question of morality comes into play when individually we make a decision on what to do with our money, our time and our talents. Are we using the money that we make, the time that we have and the talents that we possess to make the world a better place. Without the ammoral job of trading I wouldn’t have the funds necessary to do what I want to do which is make a difference in this world.” Aaron Y.

“What Shorting, Nighttime and Winter all have in common is they are all parts of the yin and yang, the cyclical duality of the world. There can’t be one without the other.” Mark B.

And this beauty, which sums up the ‘control your life’ angle:

“At the end of the day, I find these types of arguments tiresome. What are day traders trying to accomplish? We are trying to build a better life for ourselves, one that allows true financial freedom.

The entire economic system is set up to force you to work your entire life away, from 18 to 65 yo – the prime of life – in the hopes of MAYBE being able to retire someday with a pittance of a pension. IF you’re lucky. Everything in this system – from the salary you make, to every single tax you pay, to the price of all goods and services, EVERYTHING is geared for one thing and one thing only: to keep you working.

They pay you a decent wage, but not too much that you can retire early and they tax you as much as they can get away with, but not tooooo much that you can’t afford to buy anything – all so that you keep juuuuust enough to keep going and keep working. I don’t begrudge the need to be productive, of course, but I do not buy into this mindset that we have to work our entire lives away and never aspire to break out of this trap.

I want to achieve a better life. This is the possibility that day trading offers … to take total and complete control of our finances. What is wrong with that?? We don’t want to trust brokers or bankers or Ben Bubblehead Bernanke with our money – we want to assume total responsibility for it. That’s not immoral, that’s taking initiative and looking after oneself. This is a good thing.” Mike

Lastly, what Hugh Hendry has to say about it

Here’s Stephen Sackur turning up the heat on Hugh Hendry, an outspoken hedge fund manager and trader. I like Hugh Hendry a lot and particularly what he has to say about shorting, the morality of trading and the current state of capitalism. 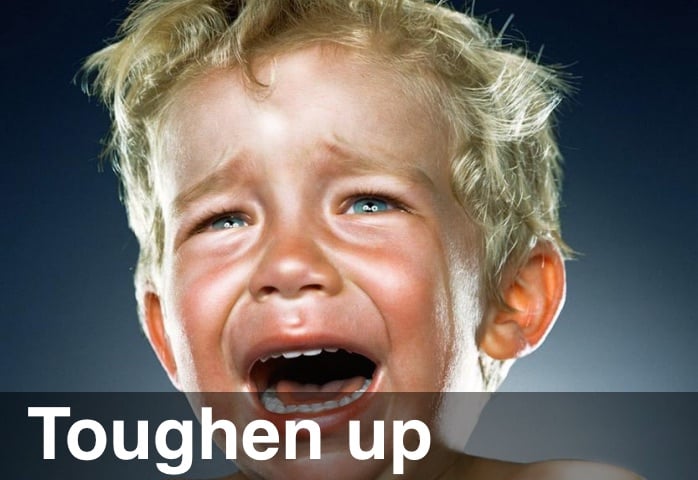